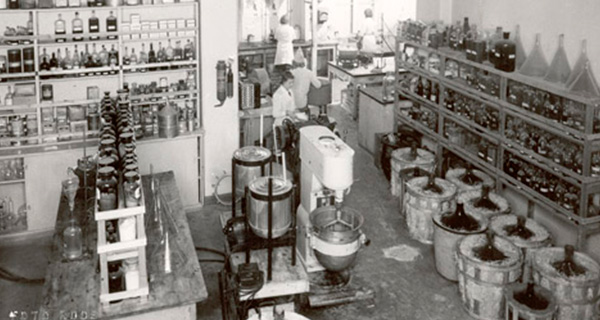 FROM A VISION TO A SUCCESSFUL FAMILY COMPANY

Transmeri’s first long-term principal relationships were created as early as 1931 with SC Johnson and 1933 with Chanel. These contracts are still effective today. In its history of more than 80 years, Transmeri has created several success stories in the Finnish market: today’s market leaders here are e.g. Off repellents, Raid pesticides, Hermesetas sweeteners, Alpen muesli bars and Glade air fresheners.

Danish businessman Gunnar Didrichsen founded Transmeri in 1928. At the time, in the words of the founder, “Finland was a mere white speck on the map”, but the visionary who had travelled the world and studied in Europe saw the region’s potential for success and decided to start business operations.

The life’s work started by Gunnar Didrichsen is continued by all four of his children and their families. Transmeri is not just a company or a workplace: it’s the Didrichsens’ second family, and all the family members are involved in its operations. A third generation is being initiated into continuing the family business and being responsible owners.

Transmeri’s founder and long-time CEO, Danish-born Gunnar Didrichsen, married Marie-Louise Granfelt in 1939. They shared love for art from the beginning and over the years, acquired numerous works for their collection. They had a rule for buying art: they both had to like the acquired artworks.

The Didrichsen museum was opened to the public in September 1965. It has repeatedly ranked as one of the most popular art museums in Finland in the recent years.

Back to top Oy Transmeri Ab, Linnoitustie 2, Espoo Back to top